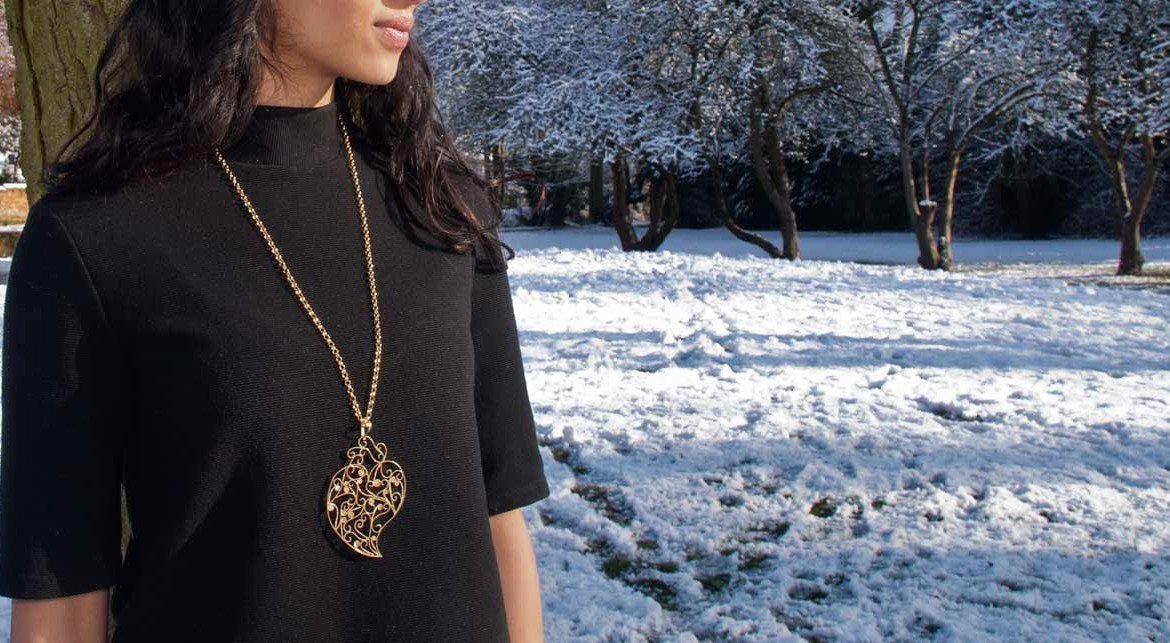 The Viana Heart: Handcrafted Portuguese jewellery at its finest

There is something magical about jewellery, especially when you know it’s been handcrafted and that your piece is truly unique. It’s why we just love the range from Victor, our in-house goldsmith. Inspired by his Portuguese heritage, these beautiful handmade hearts are a stunning interpretation of the Viana Heart, one of the main symbols of Portuguese filigree.

If you’re anything like us, you’ve probably don’t know a lot about Portuguese jewellery, so let’s take a look at the inspiration behind Victor’s work.

The origins of the Viana Heart 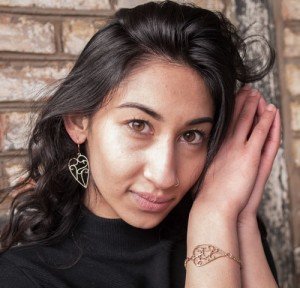 Most of Portuguese jewellery has its origins in religion and the Viana Heart is no exception. Back in Ancient Greece, the heart was thought to be the centre of life, love and brotherhood which is why religious saints were often depicted with their hearts outside of their chest.  Flames were then added to emphasise how their hearts were overflowing with their love for Christ.

It wasn’t until the end of the 18th century that these external flames were introduced to Portugal by the Sacred Heart of Jesus. Then it’s believed Queen Maria I, who was desperate for a child,  commissioned an offering – a gold heart with cornucopias at the top to represent flames – the Viana Heart as we know it today.

A symbol of the city of Viana do Castelo, the Heart of Viana has become so popular that it appears on all types of products including beautifully embroidered handkerchiefs, contemporary artwork and even street decorations!

And despite its religious origins, the Viana Heart has come to represent overflowing love, honesty and generosity. 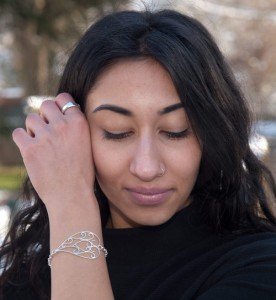 You may not have realised it, but Portugal is renowned for its Portuguese filigree. Filigree describes the ancient art of working precious metal, such as gold and silver, which, in the form of threads, is rolled into spirals or circular motifs.

It’s difficult to trace its exact origins as there are traces of filigree work in China, Malaysia and ancient Rome and Greece.  However, several pieces of filigree jewellery,  discovered in the Iberian Peninsula,  date back to 2500-2000 BC, so while it can’t be certain it originated in Portugal, it is undoubtedly part of Portugal’s identity and traditions. In fact, by the 18th century, Portuguese Filigree had its own distinctive imagery and shapes:

A modern twist on the Viana Heart 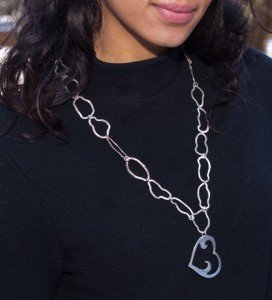 Victor has taken all the traditions of his heritage and added a modern twist to the classic Viana Heart to create a beautiful collection of timeless pieces. In his own words: ‘The possible is already made: the impossible is to be made’.

Made from silver, using traditional techniques, each Viana Heart is a unique work of art  from stunning earrings and exquisite bracelets to stylish pendants and eye-catching necklaces – the impossible made possible.

With both silver and gold-plated designs available, Victor’s Viana Hearts would make a lovely gift for someone you love. Why not pop in and take a look for yourself.