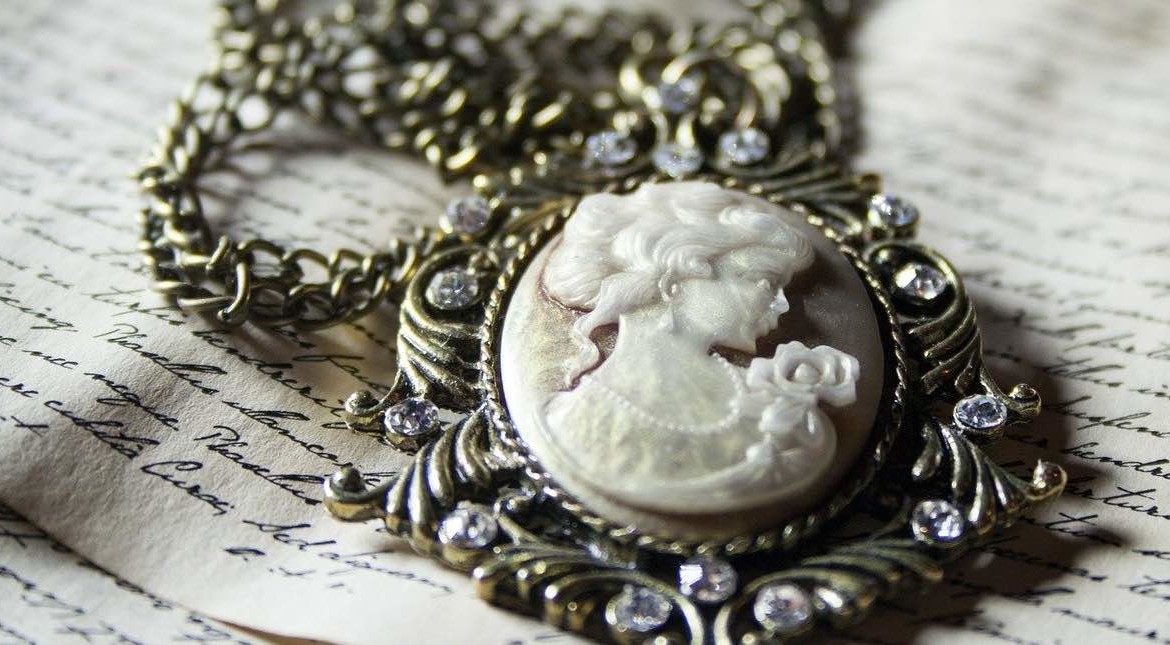 Everything you need to know about the history of jewellery

Jewellery – a status symbol, a protector against evil, a beautiful item to enjoy. Since the dawn of time man has been obsessed by jewellery and what is symbolises. This makes the history of jewellery as fascinating as it is complicated. From using organic substances such as shells, stone and bone to creating a brooch with more than 1,300 gemstones, jewellery fashions, styles and influences may have changed over the years but all continue to have an impact on what we wear today.

In this new 2 part series, we’ll take a look at the different periods of history and how jewellery and its meaning has evolved over time.

The Ancient Egyptians, Romans and Greeks were obsessed by jewellery and loved to adorn themselves with beautiful items to signify their status and worth.

One of the most iconic jewellery designs from this period is Egyptian jewellery. As soon as you mention Egyptian jewellery, you’ll probably think of large eye-catching pieces in vivid blue and gold. The blue was a pigment known as Egyptian Blue and was often used in jewellery to mimic turquoise. Gold, although rare, was used in abundance by their pharaohs and members of society. In fact, it was so highly valued that it was buried with the dead, so they had something to take to the afterlife.

It was during this period that people discovered how to work with metals, an important step in the evolution of jewellery, as over time metalworking techniques were able to produce more intricate and sophisticated decoration.

This is reflected in the ‘Hellenistic’ style created by the Ancient Greeks. Complex metalwork which intertwined flora and fauna with figures of gods to mirror the society’s religious beliefs.

And while Roman jewellery was enhanced by gemstones, unlike today when stones are cut and polished, they were left in their natural form and simply added to metal items.

Middle Ages jewellery wasn’t for everyone

How would you feel if you couldn’t wear certain items of jewellery, because you didn’t have the right social standing? Well, that’s what happened during the Middle Ages.  The society of the time was strongly hierarchical and status-conscious, and this was reflected in their jewellery. Royalty and nobility got to wear gold, silver and precious gems; everyone one else was allowed to wear base metals, such as copper or pewter.

It was also during this time that people started to believe in the mystical powers of gemstones with colours and so-called protective powers becoming highly valued.

Rebirth and renewal epitomise the Renaissance and this was reflected in the jewellery of the period. Opulent, elaborate and colourful, new advances in cutting techniques enhanced the glitter of stones and pieces started to become three dimensional with enamel work covering both sides of jewellery pieces.

Designs reflected the new-found interest in the classical world, with mythological figures and scenes often depicted and emphasis placed on religion with pictorial motifs. It was also the time when portrait miniatures were in vogue with intricately carved cameo portraits crafted into stunning pendants.

Queen Elizabeth I loved jewellery, with a particular passion for vibrant gemstones, baroque pearls and allegorical animals.  Unsurprisingly, her tastes influenced the styles of the day.

Finally, jewellery could be worn by everyone again! During the Georgian era, the legislation that dictated, who could wear what, was lifted. This meant more items of jewellery were made available for the general population.  The era was epitomised by dark metal settings, coloured stones in flat and rose cuts and organic motifs. Jewellery was often created in sets of matching pieces, which could also be taken apart and worn in different ways.

It was also during this time that acrostic jewellery become popular – sending secret messages using jewellery! Called the ‘language of gemstones’, acrostic jewellery spells a word using the first letter of each gemstone (a for amethyst, s for sapphire etc) and enchanted Napoleon Bonaparte so much, he commissioned several pieces for his family!

If you want to understand the origins of celebrity culture, then look no further than Queen Victoria. Jewellery of this era was influenced by her love for her Prince and was copied and emulated by the whole of society.  When she first married Prince Albert, hearts, lover’s knots, crescent moons and serpents abounded, with the Queen herself wearing a snake engagement ring to signify enduring love.

Pearls were also incredibly popular as they were thought to symbolise the tears of the bereaved. I don’t think we’ll look at a string of pearls in the same way again!

In part 2 of the history of jewellery, we’ll be looking at the different styles of 20th Century jewellery, including our own personal favourite, Art Deco. And don’t forget to visit our store in Old Amersham, if you want to have a browse some of our great modern jewellery collections.