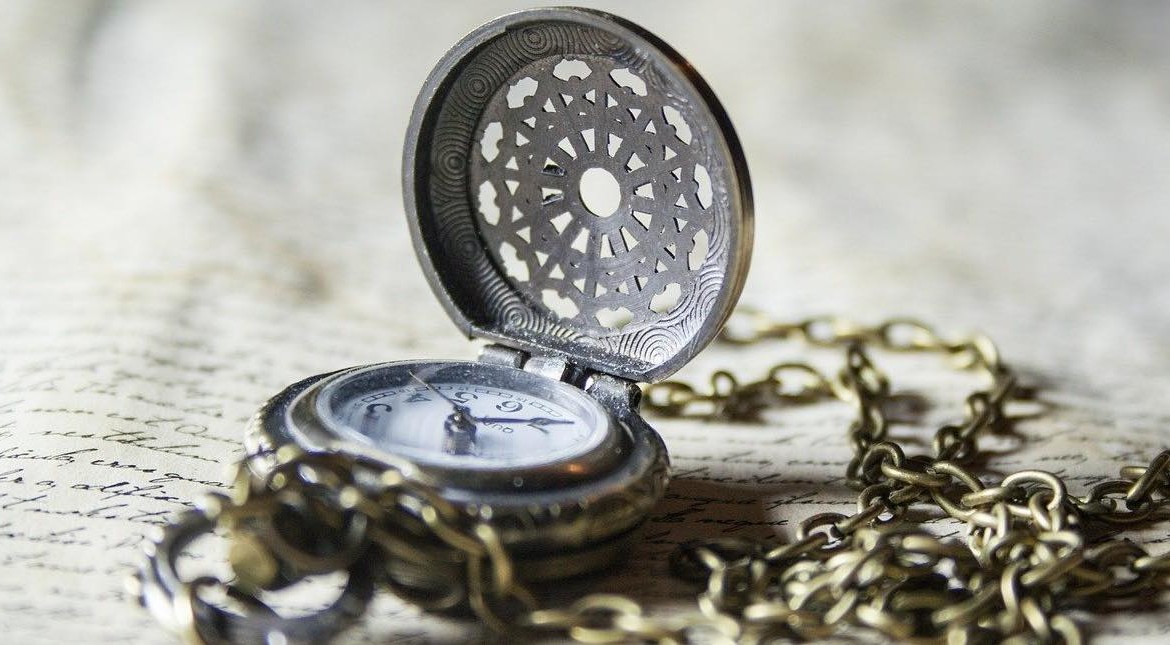 It’s amazing how the trends of the past still influence jewellery design today. You might laugh at the big, bright plastic earrings of the 80s, but plastic is still a popular choice for jewellery today, as it’s both affordable and versatile.

In part 2 of our delve into the history of jewellery, we’ll take a look at how jewellery design has evolved over the last 100 years, from the intricately designed handcrafted jewellery of the 1900s to the flamboyant statement pieces of the 1970s.

The Industrial Revolution had a surprising impact on jewellery design. Unnerved by machines now being able to mass produce affordable, but low quality jewellery pieces, many jewellers rebelled and focused on handcrafting individual pieces.  They believed that this would not only create a more beautiful piece, but would also improve their souls!

Finely detailed jewellery, mainly of silver, and featuring the natural beauty of shaped and polished gems, such as moonstones, amethysts and opals was a feature of the Arts and Crafts jewellery movement.  And because jewellers of the time were so determined to make sure people knew their jewellery was entirely made by hand, they deliberately left hammer marks on silver surfaces to show the integrity of their work.

Towards the end of the 19th century, jewellery started to become even more delicate. Taking the ideals of the Arts and Crafts design movement and continuing the backlash against the machine made, ostentatious jewellery of the Victorian era, Art Nouveau took its inspiration from nature with flowers, plants and flowing lines influencing the jewellery designs of the day.

Jewellers such as Rene Lalique combined insect wings, flowers, feathers and vines with ribbons, bows and garlands, imparting an ethereal essence to their work.

The invention of the oxyacetylene torch in 1903, enabled jewellers to work with platinum in a way which had not been previously possible. Jewellery began to be made entirely out of platinum, and its innate strength allowed for far finer, more intricate metalwork and more delicate settings.

Marlene Dietrich, Ingrid Bergman, Ginger Rogers – it was the Golden Age of Hollywood and women wanted to wear their clothes, and, of course, their jewellery. Just watch a film from that era, and you’ll see why!

Gold returned to fashion, partly because it was cheaper than platinum. And with women getting the right to vote in America, jewellery reflected their increased freedom in both shape and design. Cartier, Janesich and Van Cleef were master jewellers of the day, and you can still see their influence in the fashions of today.

Inspired by Hollywood and celebrating the end of austerity bought on by WWII, jewellery of this period was large, ostentatious and vibrant. The proliferation of more affordable gemstones such as aquamarine, topaz and tourmaline allowed jewellery to get bigger without costing the earth. Cocktail rings were all the range in the 1950s, and lower sweetheart necklines saw more elaborate style collarette necklaces embracing decoration and excessive ornamentation.

The 1970s jewellery scene was heavily influenced by musicians such as Elton John, David Bowie and Cher, who often opted for one large signature jewellery piece. And with the trend for clothing heavily covered with jewels, gemstones and rhinestones, wearing masses of jewellery became unnecessary.

The 80s are renowned for fashion jewellery – large, bold and bright pieces, seen as a powerful way of expressing your individuality and standing out from the crowd. Think large beaded necklaces, oversized hoop earrings and neon jelly bracelets. Partly because of cost, and partly because designers wanted to push new boundaries, alternative materials such as glass, plastic and rubber became very popular.

The sophistication of today’s jewellery

So, what about jewellery design today? It’s definitely a bit more sophisticated and subtle than the 1980s, with engagement rings in particular more refined and on as thin settings as possible (just look at Meghan Markle!)  White gold and platinum rose are now the metals of choice and people are opting for simple elegance, as envisaged by Sif Jakobs.

But what is probably most interesting is that so much of today’s jewellery takes inspiration from the past. Handcrafted pieces are now being increasingly sought, as they have that  unique essence to them (just look at Victor’s range); coloured gem stones and bright colours are making a comeback and jewellery still holds the spiritual and symbolic meanings it had all those years ago.