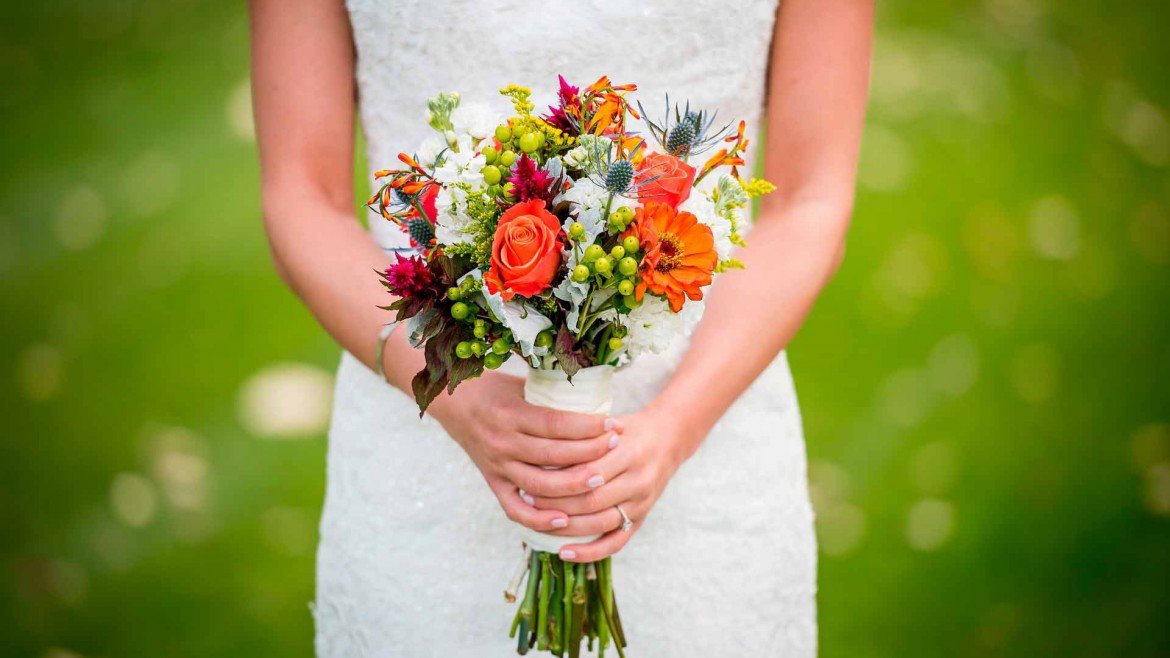 Wedding jewellery traditions from around the world

Weddings are a special ceremony, no matter where you are in the world, but jewellery traditions vary. In some countries it’s normal for both men and women to wear engagement rings while rings are often just a plain band of gold, rather than the elaborate designs we know and love in the UK.  While many spring weddings have been unfortunately postponed, we thought it would be interesting to take a look at some of the more interesting worldwide wedding jewellery traditions.

Norse mythology is packed full of weird and wonderful creatures such as the Kraken, Dwarfs and Draugr, a type of undead being, so it’s hardly surprising the bride wants to protect herself on her wedding day! Norwegian tradition states the bride should wear an ornate silver and gold crown with small charms dangling all around it. When she moves, the tinkling sound made by the charms deflects evil spirits away.

Throwing the bouquet is a well-known English tradition, and in Peru they have their own equivalent called the ‘cake pull’. A cake is made with ribbons attached to charms, but one of them is a fake wedding ring. During the reception, all the single ladies grab a ribbon and pull. The one who pulls out the fake wedding ring will be the next one to get married.

You’ve probably seen a Russian wedding ring before but not realised it’s an important wedding jewellery tradition.  Consisting of three multi-coloured interlocking bands,  the three bands are made from rose, white and yellow gold and symbolise the Holy Trinity of Christian orthodox religion. Also known as and are known as triple rolling rings, some people believe the bands represent the past, present and future of the happy couple.

The Celtic tradition of the Claddagh ring

The Claddagh ring is named after a small village outside Galway, Ireland and is a Celtic symbol of friendship, love and loyalty with the clasped hands representing friendship, the heart love and the crown loyalty.

It’s a popular ring, that isn’t just worn as a wedding ring, but when it is, the heart faces the wrist to show that the bride or groom’s  heart is taken.

In Hinduism, a newly married woman wears certain pieces of jewellery to show she is married. These include Bichiya, which are toe-rings traditionally given during the wedding ceremony and Mangalsutra. This is a sacred necklace made out of black beads and featuring a pendant made out of gold or diamonds. The groom ties it around the bride’s neck to symbolise the couple’s unity and devotion,  and also to ward off evil.

Stefana are Greek wedding crowns and one of the most recognisable traditions at a Greek wedding. Traditionally made from flowers, foliage and vines, both bride and groom wear crowns, which are joined together by a ribbon to symbolise the union of two people as a single couple. When the wedding crowns are placed on the heads of the bride and groom, they are recognised as the king and queen of their new family

Nowadays, Stefana are a lot more elaborate and likely to be made from pearls, gold and crystals.

Preparing for your own wedding?

Although we are closed at the moment and aren’t sure when we will be allowed to reopen we are still responding to email. So, if you do have any questions about the wedding band samples we stock, or are interested in incorporating any of the above wedding jewellery traditions into your special day please drop us a line. We’d love to hear from you.