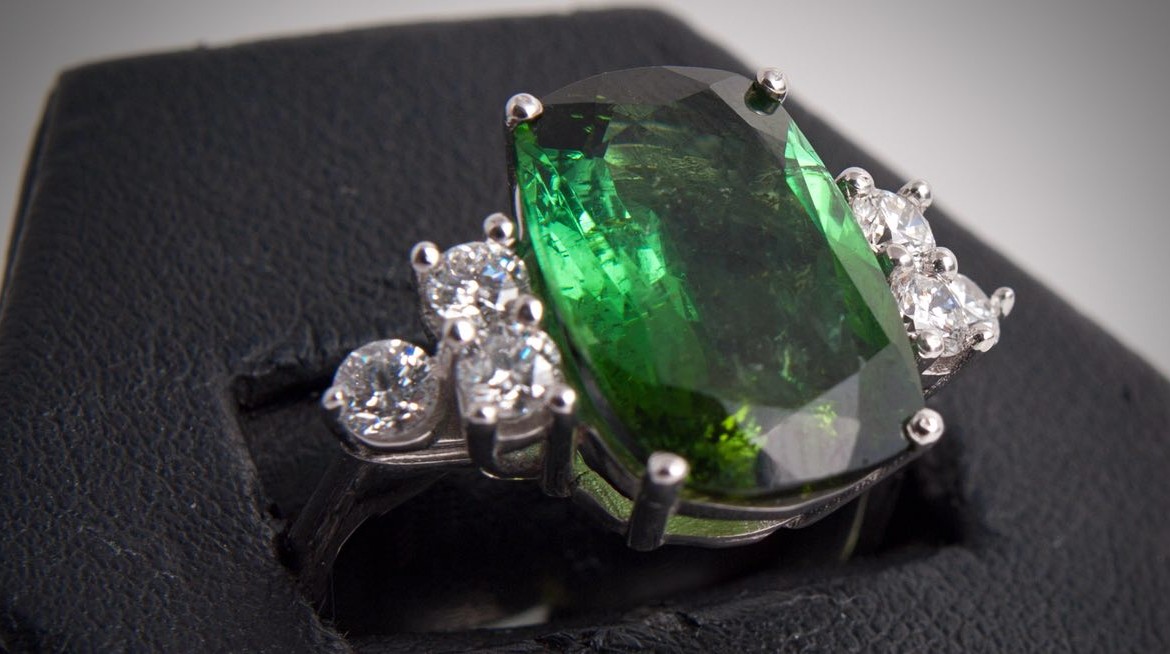 Emerald jewellery: 3 of the most famous emeralds in the world

Loved by the likes of Jackie O, the Queen and Princess Diana, the gorgeous emerald symbolises clarity, renewal and hope and is not only the birthstone of May but also celebrates both 20th and 35th wedding anniversaries.

As the most valuable variety of the beryl family, emeralds are known to display a wide variety of visible inclusions. These imperfections add to the natural beauty of the gem while giving each stone a unique fingerprint and distinct character.

Read on to find out more about some of the most famous emeralds in the world.

Weighing 37.8 carats and famous for its superb clarity and colour, the Chalk Emerald is one of the finest emeralds from Colombia.

Currently at The Smithsonian,  it was originally the centrepiece of a dazzling diamond and emerald necklace owned by Indian Maharani, Sita Devi before being acquired by Harry Winston. He recut the stone, losing more than ½ carat in weight, and set it in a platinum and gold ring, surrounded by 60 pear-shaped diamonds.

Absolutely stunning to behold, this magnificent piece of emerald jewellery, was donated to the Smithsonian in 1972.

The size of a minifridge, the Bahia Emerald is one of the largest emeralds in the world and contains the largest single shard ever found. Weighing approximately 752 lbs it originated from Bahia in Brazil and is a hunk of host rock composed of around nine emerald crystals – one of which is thickness of a human thigh!

Over the years, the Bahia Emerald has been at the centre of a number of mishaps leading many to believe it is cursed. When they tried to take it out of the Brazilian rainforest, the mules were attacked by panthers; its arrival in New Orleans coincided with Hurricane Katrina; and it was rumoured to be involved in the Bernie Madoff deal shortly before he was arrested for fraud.

Over the years approximately eight different parties have claimed ownership of the Bahia Emerald and most recently the Brazilian government has stated that the mining and export of the emerald was not legally permitted, so its rightful home should be Brazil.

With the battle for ownership continuing, the Bahia Emerald estimated to be worth anything from $500 million to $1 billion,  sits in a vault in the LA Sheriff’s Department waiting for its fate to be decided.

The tiara of the Duchess of Angoulême Marie Thérèse of France

Commissioned in 1819 by Louis-Antoine, the Duke of Angouleme for his wife Marie-Thérèse, the Duchess of Angouleme, this exquisite piece is one of the few royal jewellery items to survive the Second French Revolution in the 19th Century.

Set with four large emeralds bought by Louis XVIII and diamonds from the Crown collections, this royal tiara was designed and executed by the French Royal Jewellers Evrard and Frederic Bapst in 1819, and is a masterpiece of French jewellery craftsmanship.

With over 1000 diamonds set in silver and 40 emeralds set in gold, the diamond-studded semi-circular band of the tiara, is curved upwards towards the centre, in order to fit perfectly around the contour of the wearer’s head.

It’s now on display at the Louvre, Paris

If you fancy a piece of emerald jewellery, why not get in touch?  We carry a wide range of emerald necklaces, rings, earrings and bracelets and cater for all budgets. We’d be delighted to help you find the perfect piece ready to celebrate the end of lockdown.