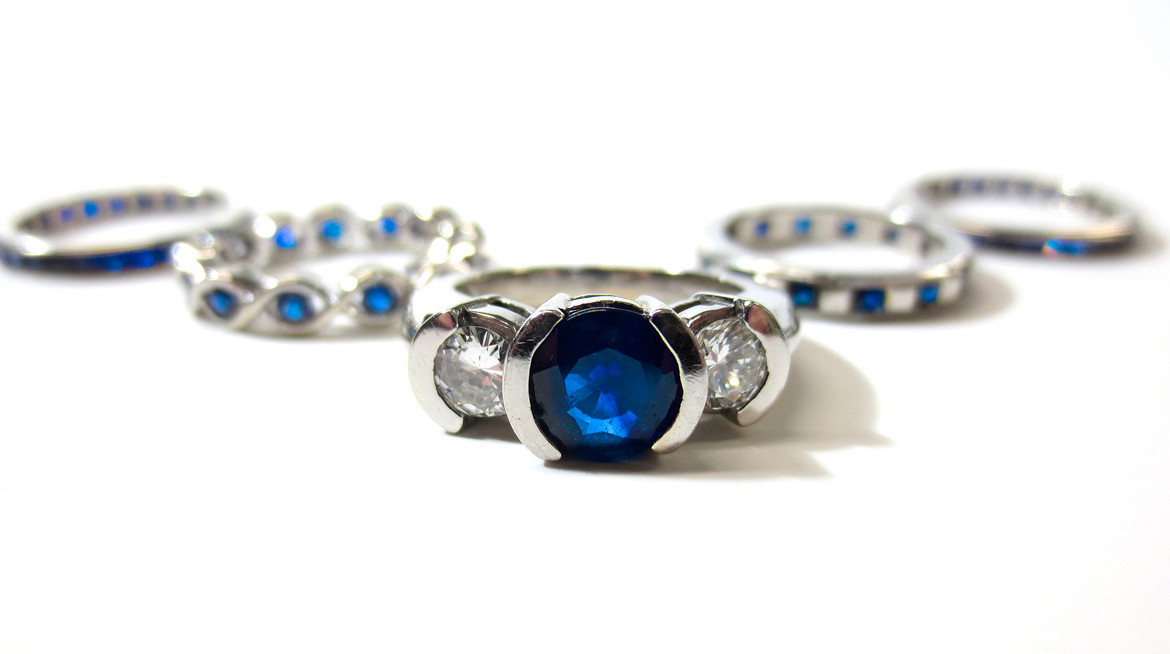 The birthstone for September is the sapphire.  One of the most stunning of all gemstones,  sapphires are said to represent the purity of the soul and to transform stupidity into wisdom and irritability to good temper.

While the word itself comes from two ancient terms, the Greek word sappheiros, and the Latin word sapphirus, both of which mean “blue.”, there are lots more facts about sapphires that are a bit more surprising. We take a look at 5 of the most unusual ones.

1. Sapphires come in many different colours

When most people think about sapphires,  they think of them as being a beautiful deep blue, such as the stunning Logan blue sapphire, the second largest faceted blue sapphire in the world and a staggering 422.99 carats! But sapphires actually come in an array of different colours such as pink, orange, green and even black. And red sapphires are better known by their other name – rubies!

The most valuable sapphires are a mid-colour blue with a concentrated hue which remains constant under all lighting conditions.

2. They are only second to diamonds in terms of hardness 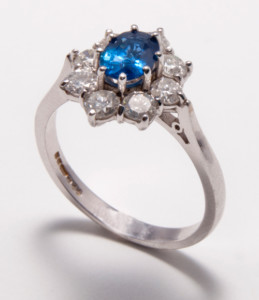 All gemstones are rated on a system called the Mohs Scale of Hardness, which looks at their ability to withstand scratching. Sapphires score  9 out of 10 with only diamonds beating them with a perfect score of  10 out of 10. In fact, the only natural item which can scratch a sapphire is a diamond!

This is why both diamonds and sapphires are such good choices for engagement rings and other jewellery you plan to wear regularly,  as they are able to withstand the standard knocks and scrapes of everyday life.

Most gemstones have mystical powers attributed to them and sapphires are no different. In ancient times they were thought to be able to protect their wearers from evil, which is why kings often wore sapphires to protect them from their enemies. Then in the Middle Ages it was believed they could cure eye diseases and preserve chastity. In fact, still to this day, there is an Italian superstition which says that sapphires are amulets against eye problems and melancholy.

Sapphires are also often associated with loyalty and dignity, which is probably why they remain a firm favourite of royalty. Who can forget Princess Diana’s sapphire blue engagement ring which now adorns the finger of the Duchess of Cambridge?

4. There is a chameleon variety

If you can’t decide on what colour you want for your jewellery, then you might want to consider a ‘colour change’ sapphire. These sapphires have traces of metal impurities, such as chromium and vanadium, which when they are illuminated in a particular light display different colours. Under daylight their colour will range from blue to violet and under candlelight or light bulbs will look anything from bluey-purple to a deep reddish purple. Unsurprisingly, these gemstones are incredibly rare, but truly spectacular.

We already know that sapphires are one of the most durable gemstones, so it’s hardly surprising that they are also used for industrial purposes. As well as being used to create scientific instruments and high-durability windows, several Swiss watch companies as well as Apple,  use lab-created sapphire crystal in their screens to make them more scratch resistant. So, you might be wearing a sapphire watch without even knowing it!

If you fancy a piece of sapphire jewellery, why not pop in and see us. We carry a wide range of sapphire necklaces, rings, earrings and bracelets and cater for all budgets. We’d be delighted to help you find the perfect piece.

Emerald jewellery: 3 of the most famous emeralds in the world