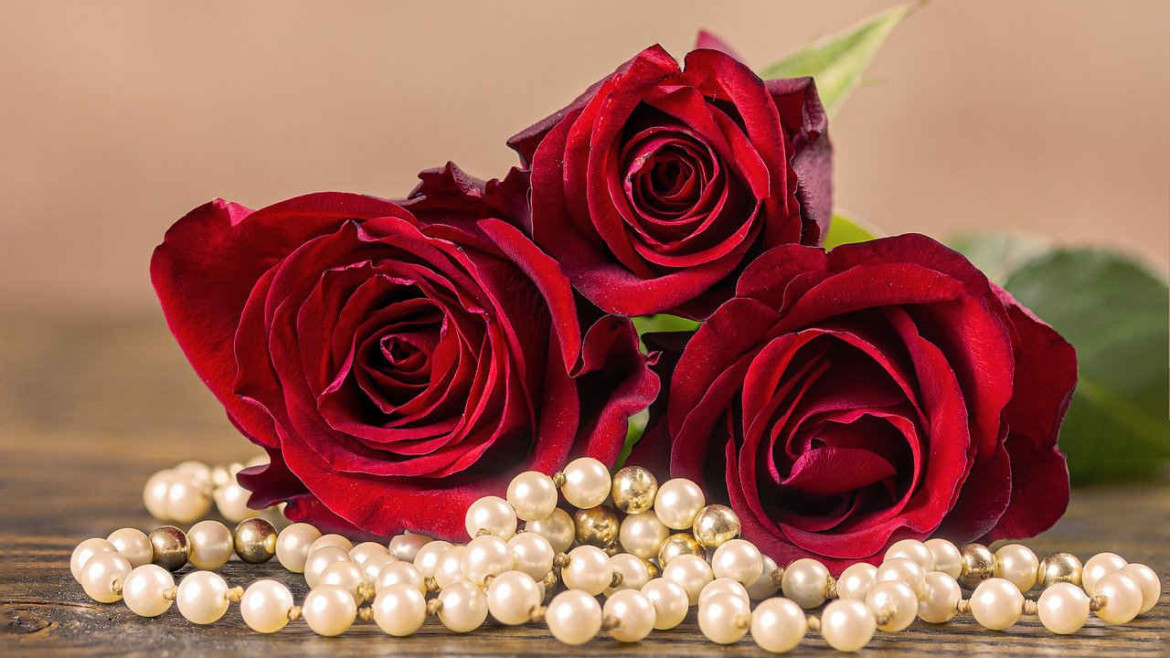 5 of the most romantic jewellery gifts in history

February is the month of love, with people around the world turning their thoughts to romance and their loved ones. Although we might not be able to celebrate Valentine’s Day to the same degree as in previous years, it’s still wonderful to read about great romance stories and romantic gestures from over the years.

So, here are what we think are 5 of the most romantic jewellery gifts ever!

What can be more romantic than designing your future wife’s engagement ring using jewels that once belonged to your mother? Well, that’s exactly what Prince Philip did. When his mother, Princess Alice of Battenberg married she was given a tiara as a wedding present by Tsar Nicholas II of Russia. She then gave the tiara to her son, who used its diamonds not only to design the engagement ring but also to create a bracelet, which he gave to Elizabeth as a wedding present. The ring, which is a three-carat diamond set in platinum and surrounded by another five diamonds, is not only stunning to look at but is imbued with romance and love.

The fairy-tale romance between Grace Kelly and Prince Rainier of Monaco captured the imagination of the world, so it’s entirely fitting that the Prince commissioned Van Cleef & Arpels to create a betrothal gift suitable for his enchanting bride.

His wedding jewellery gift was a platinum, pearl and diamond parure consisting of a three-strand necklace, a three-strand bracelet, earrings and a ring. Princess Grace continued to wear this parure for many years after their wedding.

3. A gift from Cartier – the ultimate romantic jewellery gift

If your husband is head of Cartier London and a Cartier himself, it’s fair to say you can expect any jewellery gifts to be pretty special.

For one of their anniversaries in the early 1930s, Jacques Cartier gave his wife, Nelly a brooch. At the centre was an amethyst, Nelly’s birthstone, set off by a diamond in each corner to represent their four children and these were framed by sapphires, Jacques’s birthstone. A jewellery gift which beautifully conveys the love for a whole family.

Elizabeth Taylor’s love of jewellery is legendary and over the years she received lots of jewellery gifts from husbands and friends alike. But it’s this sweet story that really captured our hearts.  When in Paris with her husband Mike Todd she fell in love with a pair of earrings. Even though they were only paste, she desperately wanted them, so Mike bought them for her. A few months later he gave her another version of the earrings – this time made completely out of diamonds!

What a great way of giving a jewellery present you know the other person will love!  If you’ve got something you want recreating, please get in touch and our in-house goldsmith will be more than happy to help.

What do you do if you’re about to go touring for the next three years? You buy your husband a watch! But not just any watch – a diamond and sapphire encrusted Rolex watch!  This was the jewellery gift Elton John gave to David Furnish while holidaying in Italy in 2018.

And with the capability to allow the wearer to read two different time zones simultaneously, the Rolex GMT Master II was perfect for helping David keep track of his loved one no matter where Elton was in the world as well as a reminder of his husband’s devotion.

If you’re thinking of buying a romantic jewellery gift, take a look at our virtual shop or give us a call on 01494 434178 and we’ll be happy to talk through some possible ideas.  We are offering a click and collect service or can post the item to you if that’s easier.